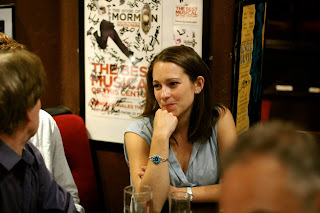 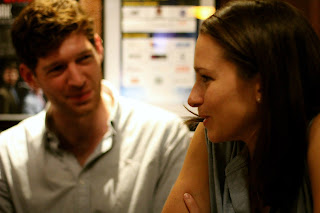 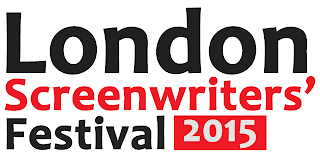 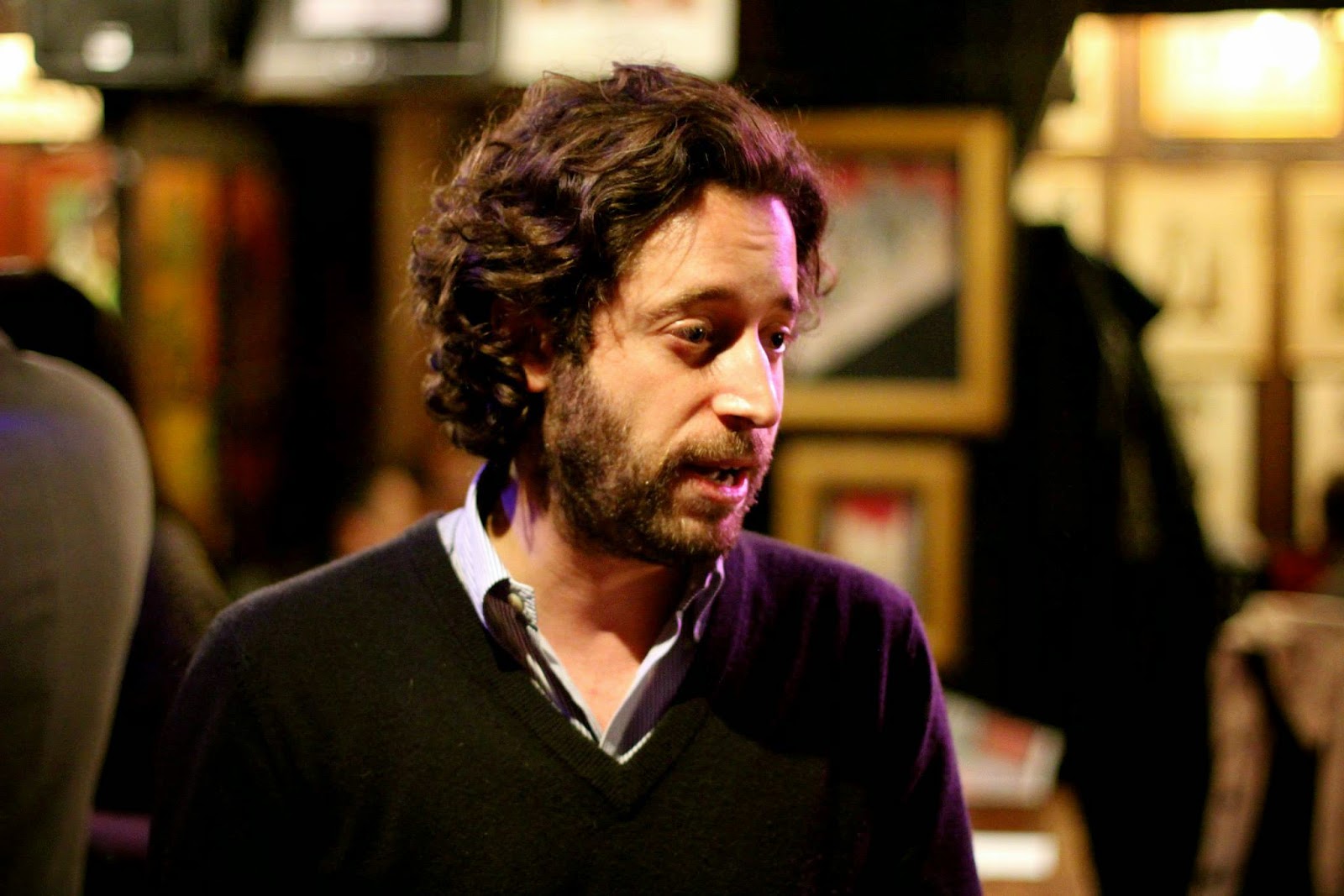 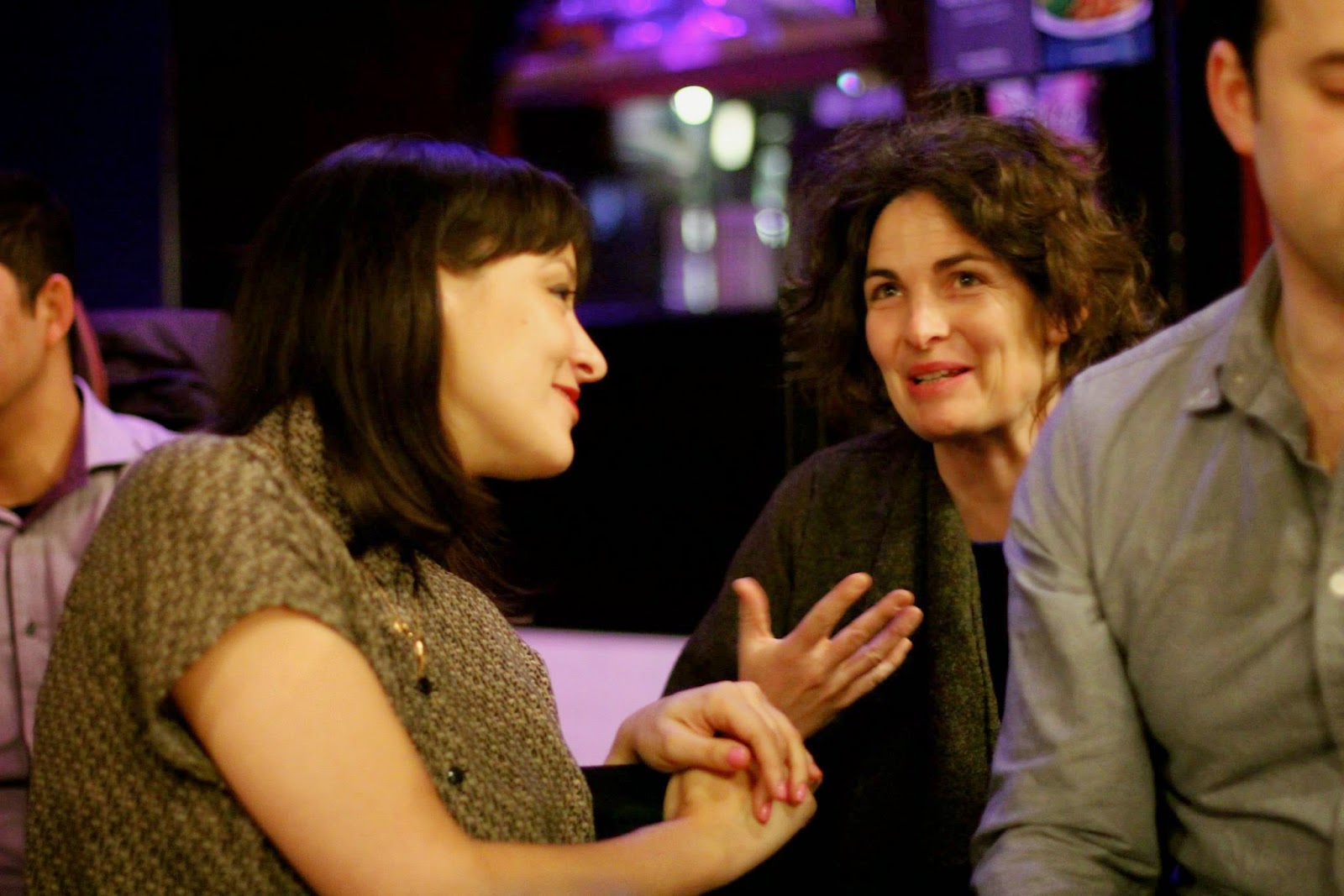 As we congregated in the members area at the Phoenix Artist Club,

some excellent networking and discussion was had with plenty of new and familiar faces in the mix.

Alongside Olivier were a range of directors, producers, writers and development people all with plenty of projects on the go and potential connections to be made. Big thanks to Olivier for sharing his experience and news of the Microwave scheme and Viva la network! 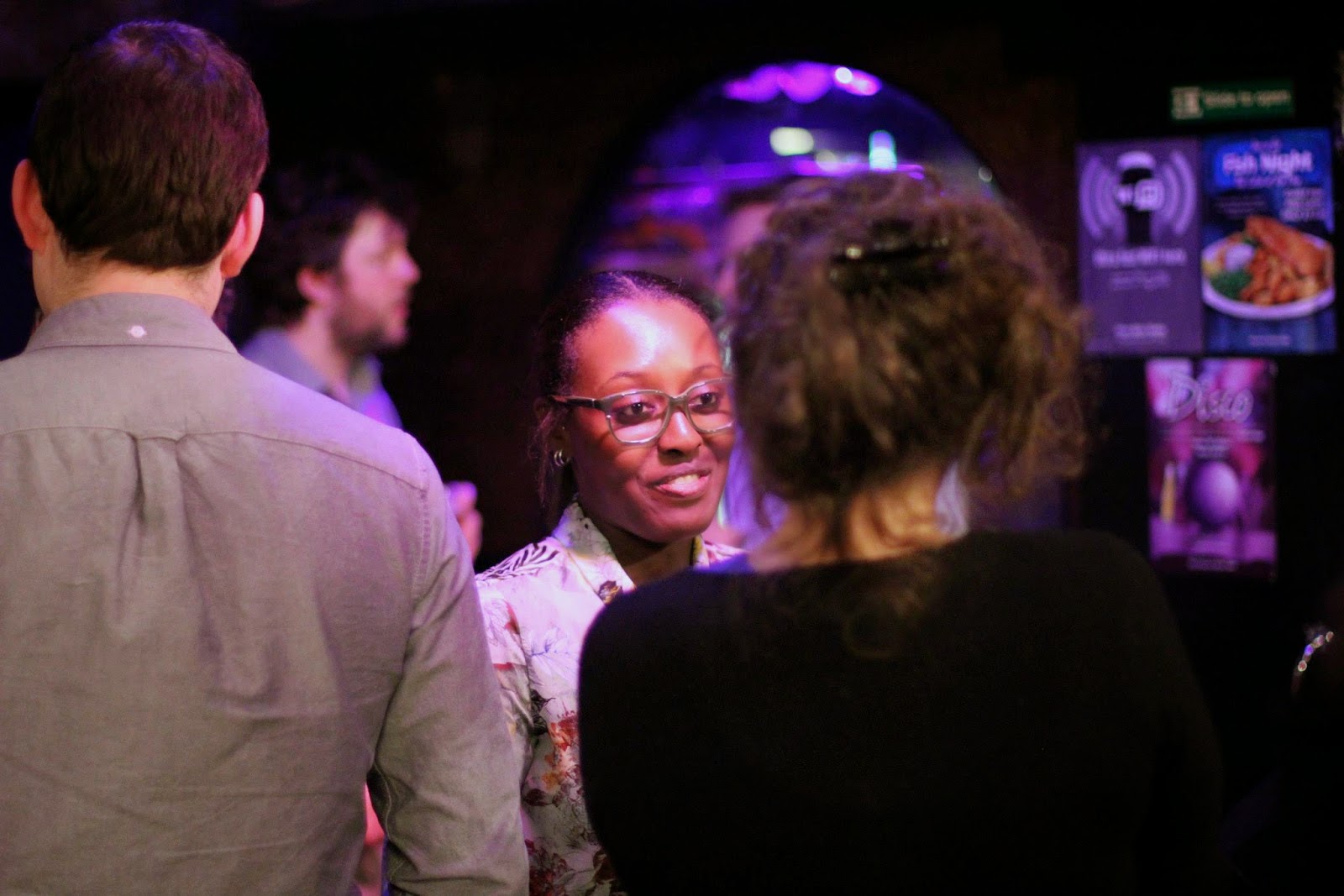 This month we welcome Gideon Defoe, novelist and screenwriter whose adaptation of his own book, Pirates! in an Adventure with Scientists with Aardman Animations was nominated for an Academy Award for Best Animated Feature. Come along and chat all things comedy and animation at our upcoming April get together.

Thanks to Jeremiah Quinn for the photos.
Posted by In Development at 08:53 1 comment: 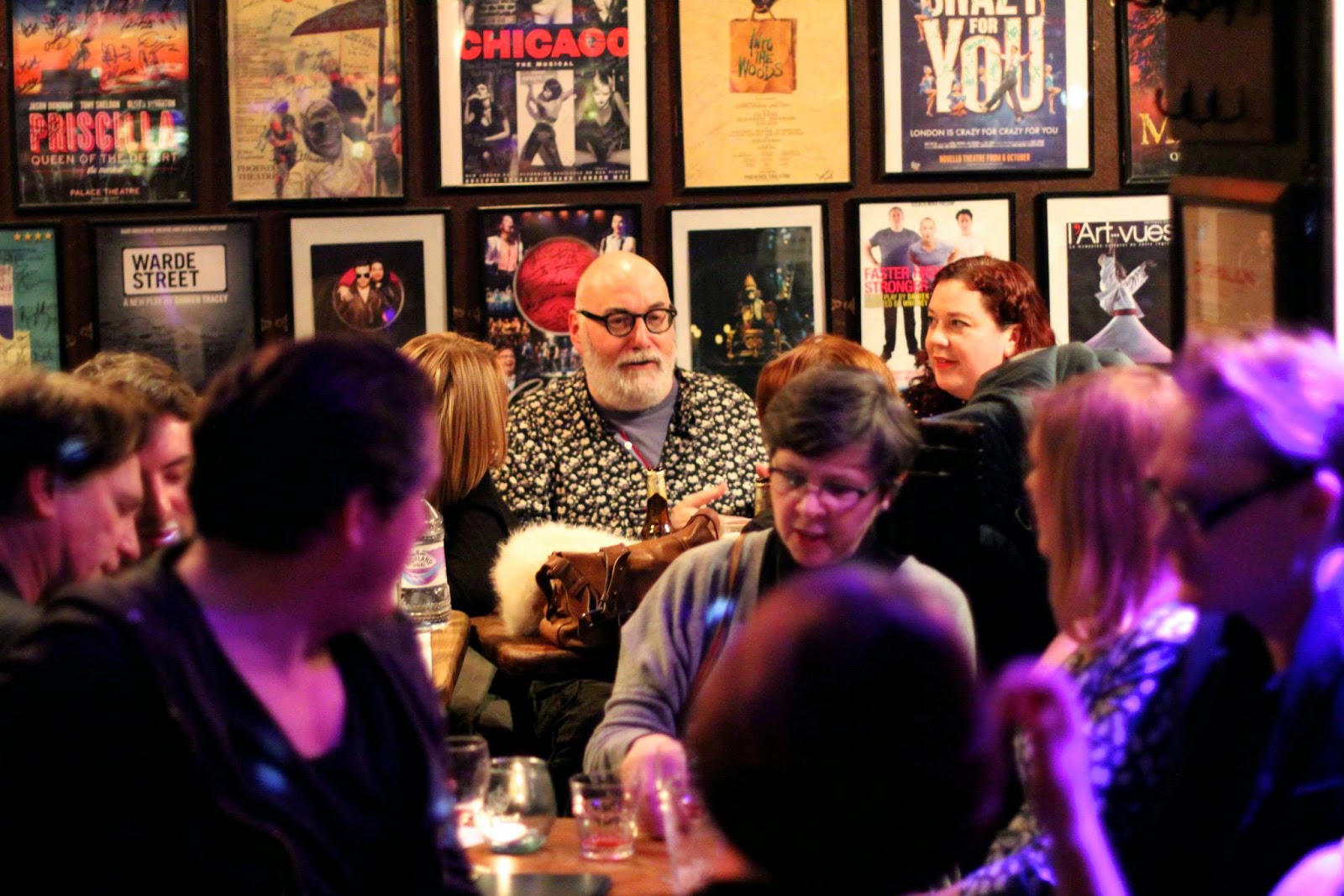 A bustling beginning to 2015 with January drinks at the Phoenix Artist Club with BAFTA winning screenwriter Stephen Volk.

Stephen is well respected for his work on projects such as the notorious 'Halloween hoax' Ghostwatch (BBC 1992) and as writer/creator of the award-winning ITV drama series Afterlife starring Lesley Sharp and Andrew Lincoln, as well as recent BBC Films release The Awakening (2011). 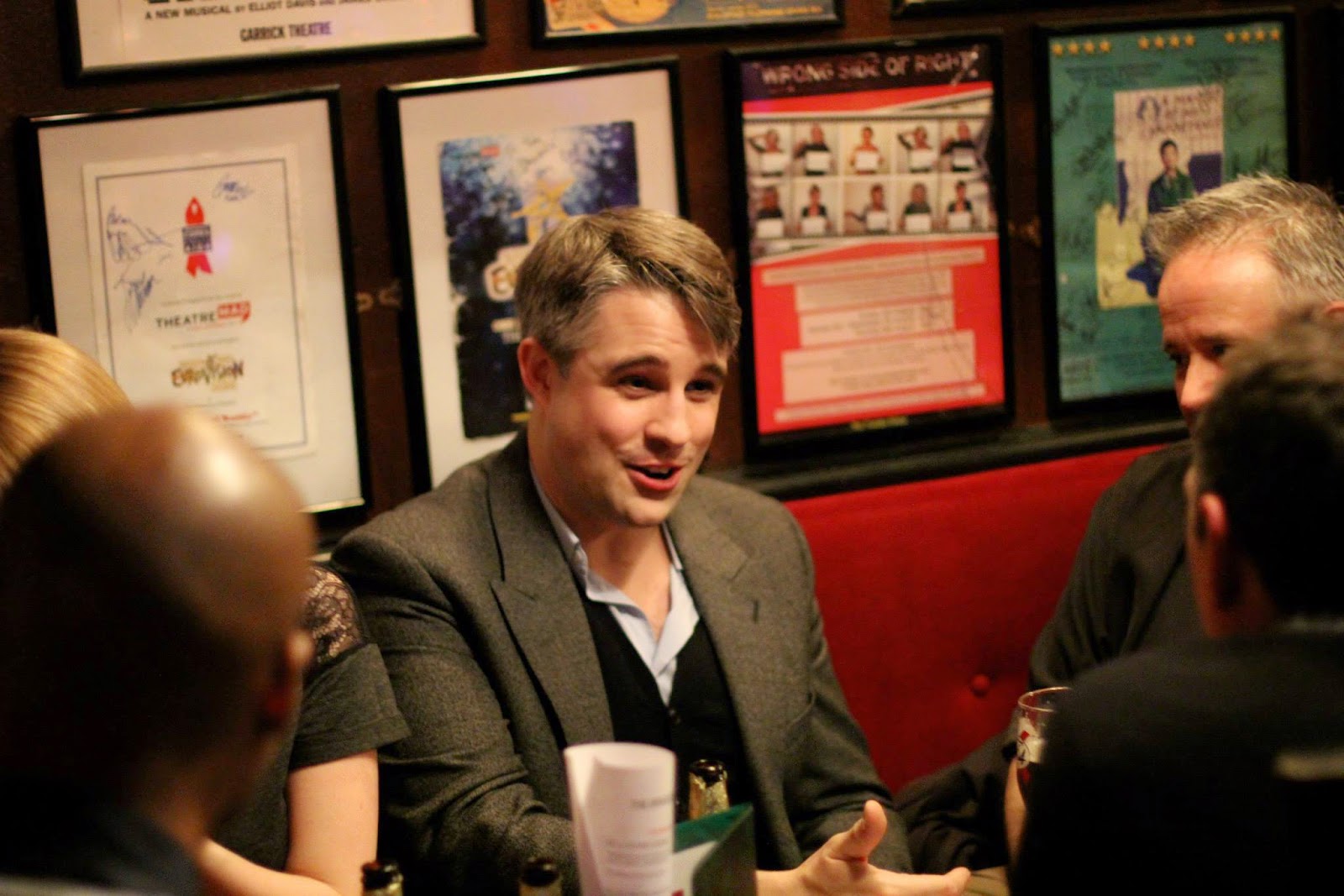 There was therefore a strong turn out of members keen to chat to one of the Godfathers of British horror.

Among the group were writers, directors, agents and execs, including a representative from ITV where Stephen is currently adapting Midwinter of the Spirit into a three parter and Lesley Manning director of Ghostwatch; currently set to direct Stephen's much anticipated screenplay Telepathy. 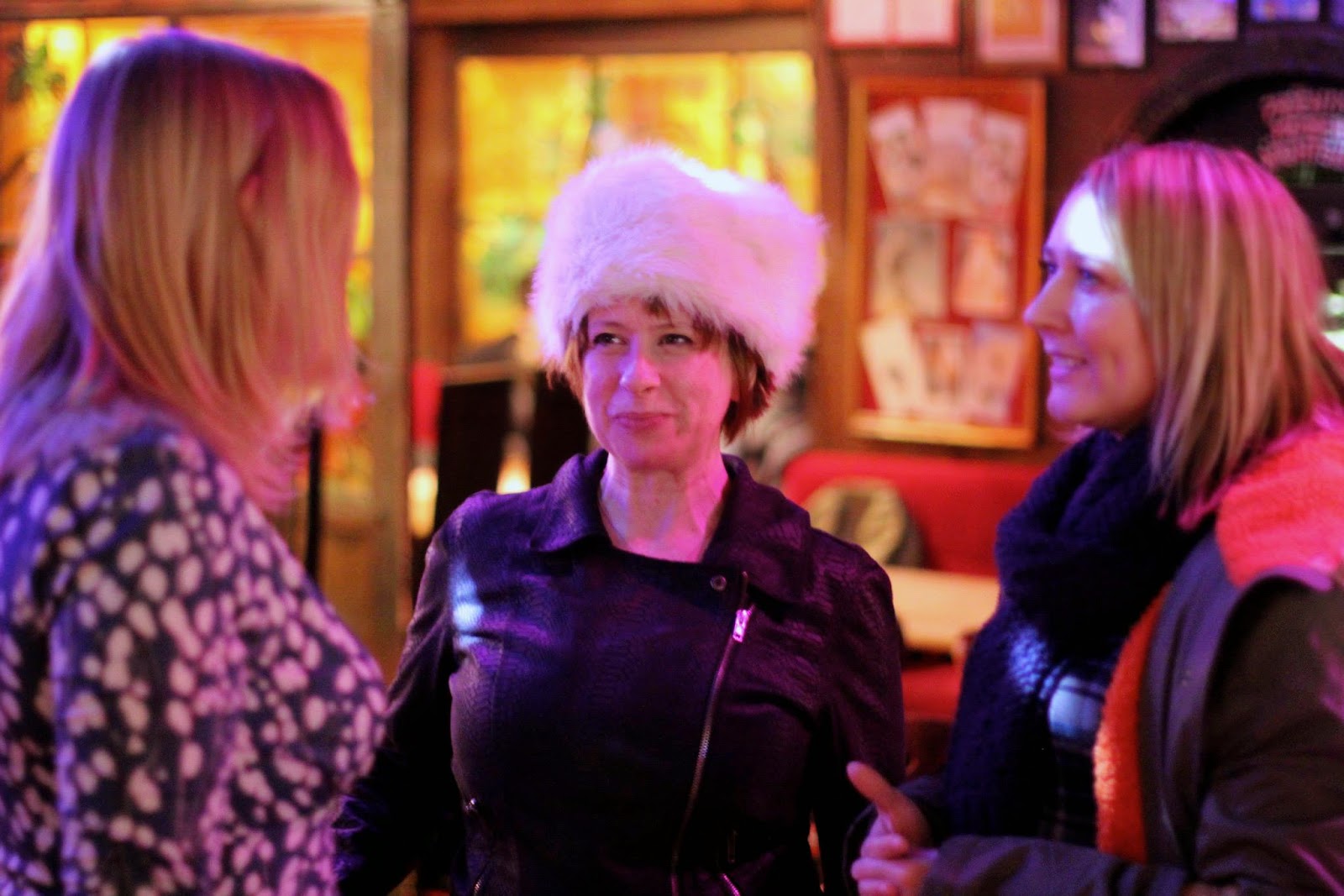 A fantastic evening of development discussion and networking kicked off our New Year with a bang!


Looking ahead for the coming months we have a number of further great guests lined up for 2015. This starts in March with Olivier Kaempfer, Senior Microwave Executive at Film London

and in April we're joined by screenwriter and novelist Gideon Defoe, Oscar nominated for Aardman's The Pirates! In an Adventure with Scientists! 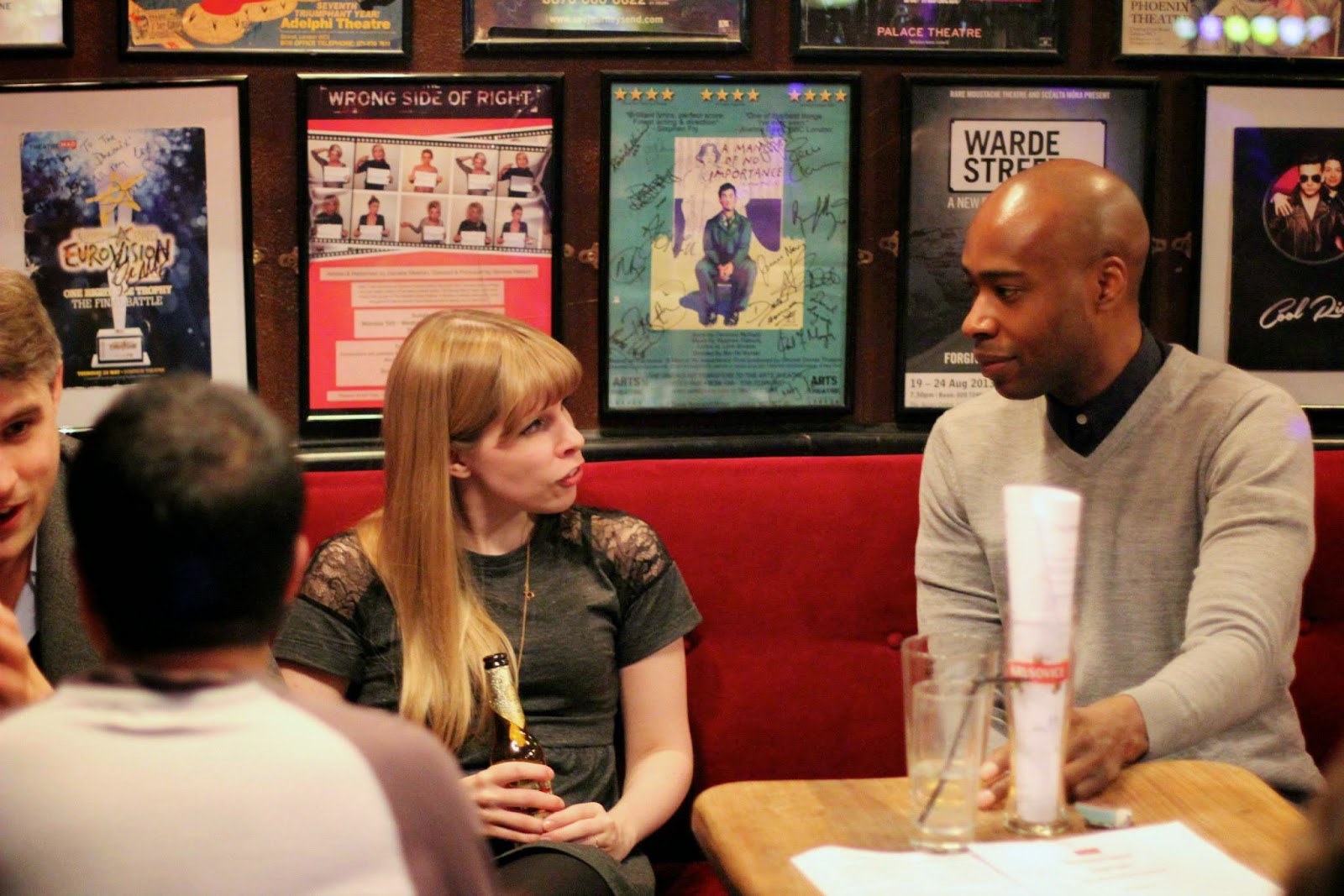 With loads of great insights to share you don't want to miss a chance to chat with these guests, so look out for invites coming soon. Happy 2015!

Thanks very much to Jeremiah Quinn for taking photos of the event.
Posted by In Development at 16:10 No comments: