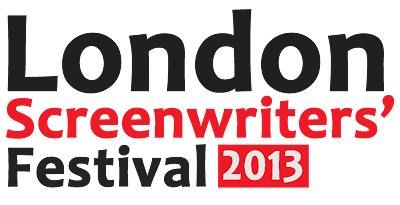 In Development is delighted to be able to offer you a ticket discount for this year’s London Screenwriters’ Festival.

The Festival takes place 25-27 October, at Regent’s College. Speakers already confirmed include David Hare; Jim Sheridan; writer and creator of The Fall, Allan Cubitt; and Broadchurch creator and writer Chris Chibnall, who will be joined by his producers, directors and actors for the biggest Broadchurch session in Broadchurch history!  Plus many, many more to come…

Activate the discount here. Just click on the 'Enter Promotional Code' button and use INDEVELOPMENT13


Tickets are selling fast, so hurry!

When Women and Hollywood Came to London 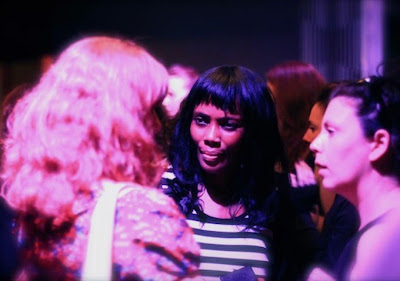 I work in script development in the UK, and am increasingly frustrated, infuriated and worried by the portrayal – or lack thereof - of women in film and TV.

Readers of Women and Hollywood are all too aware that the female half of the human race is perpetually presented in limited – and limiting – roles; in a sexualised, trivialised, passive and often unrecognisable manner. Or just written out of history - or the story – altogether; our experiences denied value. We know that this is a global problem, and an unquestionably damaging one at that. And we know how it has a very real impact on the way women and girls are perceived, and our subsequent status in the real world, and that this affects all of us - women, men, girls and boys - and our relationships.

Key to the problem is whose stories get to be told. The statistics remain pretty much the same, year in, year out. In 2012, on the top 250 domestic grossing films in the US, women comprised 9% of directors, and 18% of all directors, executive producers, producers, writers, cinematographers and editors – the latter statistic representing no change from 2011 and an increase of 1 percentage point from 1998. (Factoids.) We may know this. It bears repeating.

Melissa Silverstein’s trip to London felt both timely and necessary – coinciding with this article: Sorry,Girls: ‘It will take about 700 years for women to be equal to men in Hollywood films’. Reading this, it would be understandable to give up at this point. It is tiring to have to constantly face and fight this – and, sometimes, overwhelmingly depressing. But fight we must. And who better to lead the charge… Cue then, the impassioned Melissa, with three events to refuel the fire:

- An inspiring panel, chaired by Melissa, in celebration of her book, In Her Voice: Women Directors Talk Directing. This was hosted by Women in Film and Television (UK) and Birds Eye View, and featured filmmakers Gurinder Chadha (Bend it Like Beckham, Bhaji on the Beach), Beadie Finzi (Only When I Dance), Tina Gharavi (I Am Nasrine), Shamim Sarif (The House of Tomorrow, I Can't Think Straight) and Susanna White (Generation Kill, Nanny McPhee Returns). The goal of Melissa’s book is to “normalise women’s voices as directors”. It was refreshing and encouraging to hear from such a strong and diverse panel of female filmmakers. A second volume of the book is in the offing.


- An illuminating presentation, giving an overview of the status of women and Hollywood in 2013, covering current statistics, looking at how Hollywood works, and interrogating how women do or don't fit into the current Hollywood construct. This was hosted by Women in Film and Television (UK) and Directors UK.

- A night of networking, which I co-organised (as an extended-invite In Development meet-up), and for which we had an overwhelming response, resulting in a room packed full of talented, international women – and supportive, forward-thinking, very welcome men. Connections were forged, that will hopefully lead to future creative collaborations. Thank you to everyone who joined us. What an incredible night! 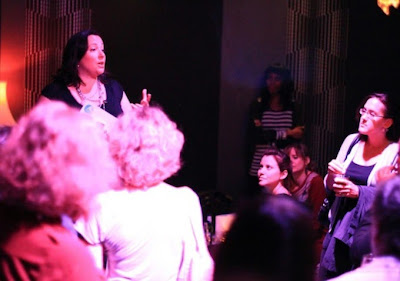 There is a definite appetite here - a desire for change. The industry has become predictable, safe and ultimately boring. The same old stories are regurgitated, when there are so many more interesting ones that are left untold. This is a travesty.

This sexism is seemingly now just accepted - because it was ever thus, because people don’t see the inherent problem. And because we’re sick of pointing it out, and tired of feeling like the lone voice. Last week’s Women and Hollywood events felt powerful. As a gender, we have a collective power we possibly don’t always realise.

We can send huge message by supporting women-centric films, pushing forward with our own projects and staying away from films which belittle, alienate, offend, mock or airbrush us out of existence. Women buy HALF of movie tickets sold - and this is something the industry needs to remember.

Thanks again to Melissa, for coming to London, setting the wheels in motion and reigniting that fire. The work of Women and Hollywood is greatly appreciated. Sometimes we need to be reminded that it is in all of us to effect change. Crucial to this is knowing that other people feel the same way.

Thanks too for reminding us that:

Our voices. Our stories. Our experiences. They matter.

If you are based in London, or other parts of the UK, and would be interested in female-focused future gatherings, I am in the process of organising these (outside of the usual In Development meet-ups), and would love to hear from you. You can email me here: londonfilmwomen@gmail.com

Photos thanks to Jeremiah Quinn

Posted by In Development at 10:12 No comments: