It’s been a busy few months, and, while we may have neglected our blogging duties somewhat, we haven’t forgotten you, our dear In Development members. Rest assured of that.

We have a line up of yet more great guests joining us for drinks over the coming months. More on them in a moment, but first, a huge thank you to our June special guest, Marilyn Milgrom. 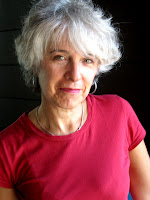 Fresh from a four-year stint as Head of Development at the New Zealand Film Commission, Marilyn fit us into her packed schedule of script consulting for the likes of the BFI’s Film Fund, the European producers’ workshop and network, ACE, and the Warsaw-based EKRAN Workshop; as well working on her own projects and tutoring.

Many of us got our first introduction to script reading and development through Marilyn’s training, via The Script Factory, so it was lovely to catch up and find out more about what she has been up to. Thanks to everyone who came along.

Coming up over the next few months, our special guests include writer/director, Justin Edgar, whose latest feature film is the 1990-set teen comedy, We Are The Freaks, which Hannah script consulted on. The film stars Michael Smiley (Kill List, Spaced), Rosamund Hanson (This is England, Life’s Too Short), Jamie Blackley (Misfits), Mike Bailey (Skins), Sean Teale (Skins) and Adam Gillen (Fresh Meat), and is currently in post-production. Justin is also a producer, and co-produced the BAFTA nominated Sex & Drugs & Rock & Roll, starring Andy Serkis. Other producing credits include NFA (No Fixed Abode), which premiered at this year's Edinburgh International Film Festival.

Also joining us soon will be Angeli Macfarlane, Head of Development at Altered Image. Angeli has worked in development for over twenty years, starting at the First Film Foundation, where as Deputy Director she associate produced several features including Golden Globe nominated The Flight of the Innocent. She then worked at Pathé UK, running a new writer's scheme, and went to work with Film4 developing films by new directors. Along with Robin Gutch (now Warp-X), she executive produced six short films for Channel 4. More recent films she’s been involved with, as script editor and producer, include Junkhearts, Death of a President, and I Am Slave - which if you haven’t yet seen (and we urge you to) is available to watch on 4OD. Consider it your (very powerful and compelling) homework!
Angeli trained us (and numerous others!) on the National Film and Television School and the Script Factory’s Diploma in Script Development, and has taught (as an external tutor and advisor) at the London Film Academy, the Central School of Speech and Drama, and on the National Film and Television School’s Screenwriting programme. 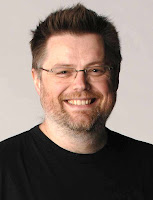 And July’s guest is Chris Jones, Creative Director of the London Screenwriters’ Festival.

If you’ve read his books or his blog, or heard him speak at seminars or festivals, you’ll know that his enthusiasm, tenacity and “make it happen” drive is infectious. Made famous as author of The Guerilla Film Makers Handbook, and with three micro-budget feature films under his belt, Chris announced his intention to make an Oscar winning short. The resulting film, Gone Fishing, made it to the shortlist stage. He has since turned his experience into a seminar, which, as it turns out, was attended by Rahul Gandotra, who went on to make The Road Home, which Sarah script edited. This film was also Oscar shortlisted. We’ll be very interested to find out more about Chris’s experiences – and uncover the secret to his (and Rahul’s!) Academy near-success.

(Rahul hoped to make it but is sadly unable to join us this month. We are looking forward to having him as our guest at a future date.)

We are also looking forward to finding out more about 50 Kisses, the screenwriting and filmmaking competition launched by Chris, through the London Screenwriters’ Festival, for which In Development member Steven Russell (of Loves Me Not Films & Scripts) is heading up the reading.

Hope you can make it. Invites are on the way!

And now for our member offer…

In Development is delighted to let you know that we have kindly been given a group rate for our members to attend the London Screenwriters Festival on 26th – 28th October. The festival is Europe's largest professional screenwriters’ event and attracts top script consultants, screenwriters, directors, producers, agents and development executives from around the world. The In Development Group Discount is over 20% off the ticket price (bringing the normal price of £299 down to £234) and until the 31st July you can spread the cost and pay in four instalments.  Direct any queries to groupsales@londonswf.com. To buy your ticket, either pay outright by clicking on the following link and entering the promotional code: INDEV2012 when buying your ticket or to pay in four instalments just click on this link.